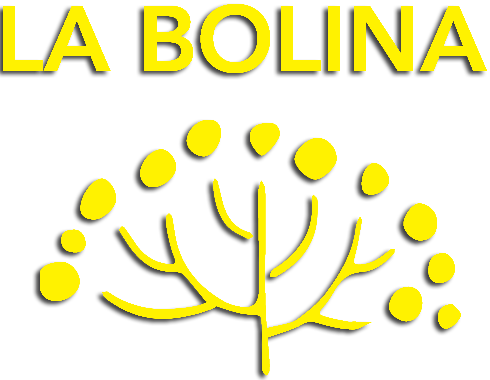 La Bolina has a form and a way of working which resembles many things: sustainable development, a community project, rural development, social integration, a cultural exchange, an eco and social enterprise and shared living project; amidst all these identities the project continually gives me reasons to get up every morning and to believe that my actions can have a positive impact on other people’s lives, however small.

I have to go back in my personal history and experience to be able to transmit the reasons why I have become a part La Bolina and in turn why this project has become part of me.

My passion for agroecology (ecological agriculture which uses local resources and takes into consideration the social and economic aspects of farming) began in 2010 during my experience in Senegal as a coordinator of a sustainable rural development project. The project tried to reduce the social and economic vulnerability of the inhabitants of 8 villages through the sustainable management of natural resources. One key was the development of agroecology. Seeing the possibilities that this profession, or rather this way of living, could bring to the people who practiced it, my vision of how I wanted to live changed. This was accentuated during my experience in Morocco, in a charming town, that gave peace to the soul. Here I met experienced people putting agroecology in practice on a daily basis.

To go back a little further, and without entering into a psychology analysis; my childhood memories in Lebanon are of orange groves, avocados and bananas trees and with that, my father’s suffering because he did not have good commercialisation channels for his production, mainly because of a lack of agricultural planning by the Lebanese Government. Growing up, I was surrounded by natural beauty and a complete life, yet faced with the reality of poverty; we lived this juxtaposition as a drama, apart from there was no possibility to leave. And the truth is that I became distant from agriculture, until agroecology crossed my path 8 years ago in Senegal.

Another significant part of my identity that shapes my involvement in La Bolina is the fact that I am a migrant and I have been since I was 23 years old. I migrated to Spain to get out of the heaviness of Lebanon, with its economic crises, its wars, its uncertain future, its oppressive society, its lack of care for citizens. Then years later, I migrated to Senegal for two years, followed by a year in Morocco. When I returned to Spain, I lived first in Madrid, then in the rural area near Salamanca, then Granada, and back to Madrid again; always looking for a project, a collective, a chance to develop a rural life, in tune with nature. During these years, I was getting experience in organic farming, consumer groups and cooperatives. Since leaving Lebanon, I’ve had to be aware of having legal papers to enter, live and work in a country, with all the on-going difficulties that this implies, even after almost 15 years in Spain. I observe in myself and in others how this concern shapes the trajectory of a person life – each decision dependent on an identity card; coloured further by the stark difference of the speed and willingness of delivery, dependant on ones county of origin.

Until a couple of years ago, I was purposely very distant from the war in my neighbouring country, Syria. I refused to follow the news; I did not want to know what was happening in the migratory routes, because I knew of the hardness that exists there. Hardness that reminded me of my experiences of the Lebanese civil war, of the Israeli invasions, of the destruction of parts of my father’s farm caused by the tremendous bombs launched by Israeli planes. I made the decision to concentrate on projects or initiatives focused on the protection of nature. It allowed me to feel that I was part of the planet, and not of a specific culture whose divides delineate the way much of the world lives: between North and South, West and East, Muslims and Christians, Daech and Syrian regimes, Arab and European; and all other human-made divisions that currently exist. To work in areas related to the environment, taking care of the earth, the trees, the water, the air, allowed me to have coherence and to contribute to a better future, even if I will not be here to appreciate it. I wanted not to belong to any nation, nor to have to work for the good of ‘my’ country. I believe the earth is the homeland of every human being.

I became more and more drawn to finding solutions to the global problems of the agri-food system; specifically the impact of industrial agriculture on bio-diversity, its increasingly rapid extinction of animals and also rural communities. I am enraged by exploitation and by forced migration due to land grabbing, mass pollution and desertification.

The environmental crisis and migration, two of the biggest interrelated global challenges we face today as a species, came together in my life and in 2016, after I found myself in a situation, thanks to Eroles Project, in which I could co-create this small-scale, local, win-win project in El Valle, Granada, Spain that proposes one of many solutions.

I have developed the DNA of La Bolina alongside a dedicated team, with diverse professions and backgrounds; who not only have a concern, but a burning desire, to develop actions to change the way in which things are done. We share a continuous search to understand the root causes of these problems and how we can shift the mental structures that have created them by rewiring ourselves and rewriting the narratives about this world and how it works.

How do we react to people from other cultures? How do we understand our own culture? How do we create a shared ecological vision of the world?

We have developed La Bolina using a way of organising called sociocracy – dividing the key areas of the project into ten smaller self-organised circles. My responsibilities are in:

· The LAND CIRCLE where I identify under-utilized land from the local government and people in the local villages and use agroecology to design and plan the cultivation of the land-based micro-enterprises;

· The TRAINING CIRCLE where I design and run Cultivando Futuros a training in agroecology for migrants and refugees in Granada;

· and finally the COMMERCIALISATION CIRCLE where I am involved in developing markets for Productos de La Bolina comprising of our Veg Box scheme and other ecological products, promoting ecological micro-enterprises regionally, creating guidelines to reduce negative impact on the environment and raising awareness of the agri-food sector in Spain.

We have a long way to go before El Valle is thriving with multicultural ecological enterprises and social activities and, as predicted, we are experiencing many challenges; however I feel like I am taking a lead and walking a path to a future I am proud of co-creating.

You can read more about La Bolina on their website www.labolina.org and watch more in the following videos – How La Bolina Began – Habiba Youssef explains La Bolina (2017) – La Bolina a regeneration project (2018).